Just wanted to share a couple fun Christmas presents I got this year and a couple of gifts I got earlier in the year that I have been meaning to post some pictures of but had not yet got round to doing so.

The first is an amusing caricature of yours truly, drawn by Gabriel Corral (who was, until recently, one of my co-workers): 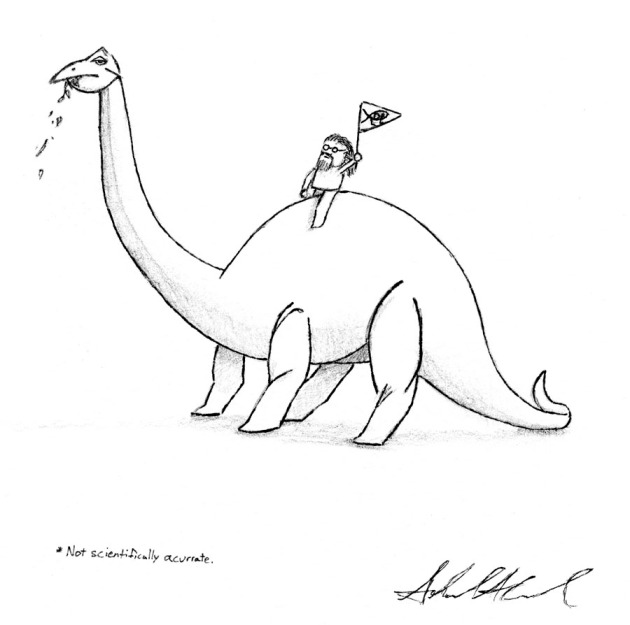 A caricature of me riding a sauropod while waiving a Darwin-fish pennant. The caption reads: “Not scientifically accurate”.

He drew caricatures of each of us who work, or worked, at AFS Printing as Christmas gifts.

Next is a painting by my sister, Kindra Pizarro, of a skeleton tree: 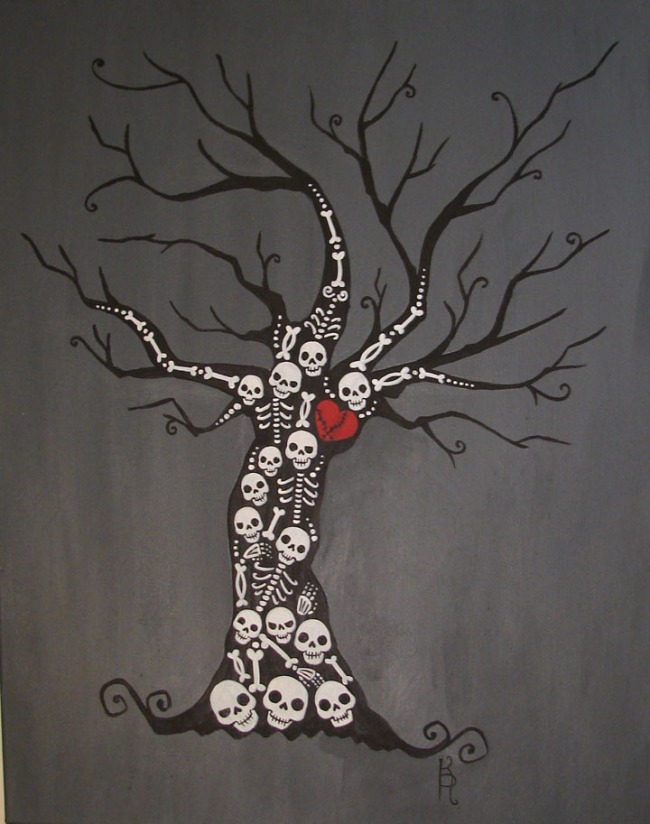 An original painting by my sister Kindra.

Very cool (be sure to check out her Etsy store: Voodoo Kitty Handmade Oddities).

Finally a couple of neat dinosaur statuettes given to me by my friends Don and Gaynell Frack, I think for my last birthday (or maybe even last Christmas, can’t recall):

Apparently they bought them, for a very reasonable price, at an art sale put on by a Buddhist temple. Both are very cool, though I think I like the Triceratops best. The only problem is my ever finding a place to display them where the cats won’t be able to destroy them (first world problems).

So that’s it for now, thank you so much Gabriel, Kindra, Don and Gaynell for the thought and the gifts!

And a happy New Year! 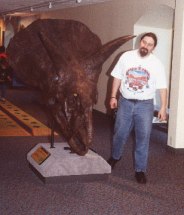 END_OF_DOCUMENT_TOKEN_TO_BE_REPLACED

Ladies and gentlemen, I give you The Onion:

BERKELEY, CA—Challenging long-held views on the origins of divinity, biologists at the University of California, Berkeley, presented findings Thursday that confirm God, the Almighty Creator of the Universe, evolved from an ancient chimpanzee deity. [Continue Reading at The Onion]

I have opened a Patreon account and humbly beseech my readers to seriously consider becoming a patron of my work here at Playing Chess with Pigeons. Please, please, think about supporting me in my effort to produce substantive critiques of creationist propaganda.

I am not paid by any scientific institution or educational organization to write articles for this blog; something that often involves many hours, even days, of research and occasionally requiring me to travel to various university libraries or museums. Rather I have gladly done this for years without any remuneration beyond the knowledge I have gained in the process and the satisfaction I get from defending the truth and science education from ignorant and dishonest attack.

However, I could use your help now more than ever since I have recently been laid off work and my wife and I were already struggling just to make ends meet. Even a small amount from a number of my readers could add up to making a very big difference in our lives.

It would also be a plus for my readers since it gives me added incentive to take the time to research and write more frequently (you only pay if I produce) without feeling like I am not contributing to our livelihood. Also, specifically for those who choose to become patrons, there are some added incentives and rewards (for example see the Patron Supporters page at the top of the blog).

And rest assured that only substantive articles, like my “Gill slit” article or my travelogue critique of Dinny the Dinosaur, will be submitted for patronage (not the quickie throw away stuff).

Please help me in the fight against the forces of ignorance that plague the world.