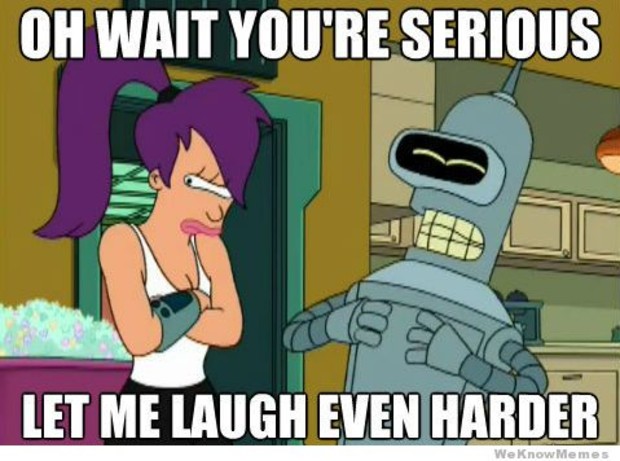 Last weekend while I was awaiting delivery of my copy of Cambridge University historian of science Nick Hopwood‘s new book Haeckel’s Embryos: Images, Evolution, and Fraud (2015) on 19th century biologist Ernst Haeckel and his (in)famous embryo illustrations, (which I have written about a few times here an PCWP and elsewhere), I got a Facebook notification that I had been “tagged” in a post by my friend (in real life, not just Facebook) and colleague Dr. Nick Matzke. The somewhat cryptic post said the following:

Thereafter the comments conversation between Nick M. and I went like this:

Apparently Professor Hopwood was kind enough to mention me (and Nick Matzke as well) in the acknowledgements section of his new book (page 304).

The relevant section reads as follows:

Quite an honor! All the more given the company of people like Nick Matzke, Ron Numbers and the rest.

Thank you Prof. Hopwood, you are too kind! And thank you for writing this book! It needed to be done and I look forward to reading it (or rather the rest of it, I’m up to chap. 3 already)!

I have just added a whole new page to the blog just for creationists to ask questions. Just click on the tab above to take a look. Please DO NOT post your questions in the comments thread of THIS post, rather enter them into the comments of the creationist questions page. Thank you.

Saturday Morning Breakfast Cereal that is:

The first part was on intelligent design creationists latest attacks on some of the genetic evidence for human evolution. The second was a ostensibly on humanism but strayed into issues surrounding the internecine warfare going on in the skeptic/atheist community over issues of feminism (which I will not touch with a light-year long pole) and progressive politics. Being of a slightly libertarian bent, I bit my tongue and let the anti-libertarian jibs go by (I am used to being casually libeled and slandered by my liberal Democrat friends).

I am currently having some underemployment issues, due to having my hours drastically reduced at my job (as a small printing press operator), this has led, amongst other things, to a dispute with B of A (it seems they frown upon not getting mortgage payments, and foreclose on you when you don’t make them, who knew?).

So anyway, I want to take the opportunity of my lately increased traffic to bring attention to the side bar where a PayPal donation button can be found or a link  to my online T-shirt store (Evo-T’s).

A mere 10 cents, less that the cost of a cup of coffee (20 years ago), attached to each daily blog view can make a real difference in a bloggers life…

Any help you can give in these difficult times would be much appreciated and go to a great cause, moi and my fight against the forces of endarkment. A direct PayPal donation is much more efficient but if you absolutely must have something more tangible than my continued writing about creationist silliness, then by all means buy a frelling shirt.

[On the bright side, not working makes more time for blogging…]

Casey Luskin, the Discoveryless Institute’s resident attack chihuahua, is on a roll. This time he’s gone off on a tangent about a recent find of yet another dinosaur fossil with evidence of protofeathers, Sciurumimus albersdoerferi and dinosaur evolution in general.

Luskin: The media that loyally serve Big Science are at it again, overstating the finds of a scientific paper to promote an evolutionary icon. This time, the icon is feathered dinosaurs, representing the purported ancestral relationship between dinos and birds. (Luskin 2012)

Ah, if only. If only Mr. Luskin’s conspiratorial fantasy were true and the media was that on the ball. The fact of the matter is that defenders of science education like me often cringe at the mischaracterizations and overstatements that come out of the popular media regarding evolution. I am constantly shaking my head and yelling at the TV or radio “no, that’s not what that means at all”, or words to that effect.

I wish I had a nickel (because being underemployed I could really use the money) for every time a silly reporter, while talking about some fossil discovery, described it as “overthrowing everything we thought we knew about the evolution of X”.

That is absolute bollocks, 99% of the time.

END_OF_DOCUMENT_TOKEN_TO_BE_REPLACED

My friend and colleague (frienlleague?) Dr. Eugenie Scott gave, yet another, excellent talk titled “Reason and creationism” at the Global Atheist Convention, Melbourne, Australia (4/15/2012). Have a watch:

Over at the Discovery(less) Institute’s Complaint Dept., resident attack chihuahua, Casey Luskin answered some fan mail that supposedly asked how people, sans financial resources, could support intelligent design (creationism). He suggests a variety of things that boil down to: submerge yourself into the intelligent design creationism bubble and pester your kid’s teachers and school administrators into foisting creationist misinformation onto their students:

There are lots of ways you can support Discovery Institute and ID in ways that don’t involve money. One of them — liking Discovery Institute’s Center for Science & Culture on Facebook of course — you already did. You could also become a follower of our Twitter account, follow our podcast on Twitter, or listen to ID the Future online. Reading Evolution News & Views will help keep you up-to-date on the debate. You can also subscribe to our Nota Bene newsletter, which is free.

Those are all ways for you to stay informed. But there are also ways that you can reach out to others. These include:

Finally, another way you can make a difference is to advocate for positive changes in education in your local school or community. If you have kids, find out how their schools cover evolution. For public schools, we recommend that they teach the scientific evidence for and against Darwinian evolution without getting into alternative theories like intelligent design. A lot of this is explained in our Briefing Packet for Educators — but if you want to get involved more directly, contact us here at Discovery Institute and we can help you. For private schools, we have another list of recommended resources, which I recently discussed here.

What is significant by its absence from this list is any suggestion that his readers should directly familiarize themselves with what the overwhelming majority scientists are actually saying or with the actual evidence, unfiltered by the ID creationist spin zones that he lists.

Now I understand that Mr. Luskin probably believes that all of mainstream science is engaged in a global satanic conspiracy to hide the Truth ™ from the masses, but for the sake of intellectual rigor he should want people to be familiar with the thing that they are fighting so fiercely against; and not just the version presented in the IDC echo chamber.

If someone asked me how they could prepare themselves to deal with creationists I would tell them that they need:

Of course, no one can be an expert in all the relevant fields of science. Even most scientists, while they might be experts in their particular area of study, may have only a basic grasp of the several other fields outside of their own that is required in order to effectively counter creations claims. You can start off talking with a creationist about cosmology—because many of them do not understand that the Big Bang theory is not part of evolution—and in quick succession be grilled about various aspects of geology, biology and physics.

Worse yet, most scientists have only superficial level of knowledge regarding creationist arguments and tactics, which makes sense given that they trained in doing science and not counter apologetics. Moreover, many feel, with some justification, that to get such training is a waste of their valuable time. Unfortunately, this can lead to public relations setbacks for science education if they then allow themselves to be snookered into formal debates with professional creationists.

Again, from my experience you need not only a basic knowledge of a variety of scientific subjects—especially geology, paleontology and biology—but a good knowledge of creationist arguments in order to keep from getting steamrolled by the creationist shotgun approach to debate (a.k.a. the “Gish Gallop“).*

For that reason, unlike Mr. Luskin, I strongly encourage people, both scientists and interested laypersons, to study the work of the opposition, not just what people like me say about it.