Well, this year was bittersweet. I (mostly) finished a large new addition to our haunt (‘The tomb of the mummy’), however between that and the other little things I tried to do, I bit off way more than I could chew. The result was I didn’t properly finish anything and didn’t even get the old stuff dressed right (no glowing monster eyes, or spooky music etc., etc., etc.). Nor did I get the street signs up to attract more traffic.

I guess I just have to look at it as everyone keeps telling me: “hey you’re all ready for next year now.”

I’m not though. I still have to put finishing touches on several of this years additions and then there are the plans for next year that were already thought of but put off due to lack of time and money.

Still I want to acknowledge the help, not only physical and financial but also artistic, that our friends Don and Gaynell Frack gave us. I also want to thank them for putting up with my near meltdown when as the sun was going down I realized we weren’t going to make it to a proper finish. Thank you both!

Anyway here are some pictures (all taken by Don Frack): 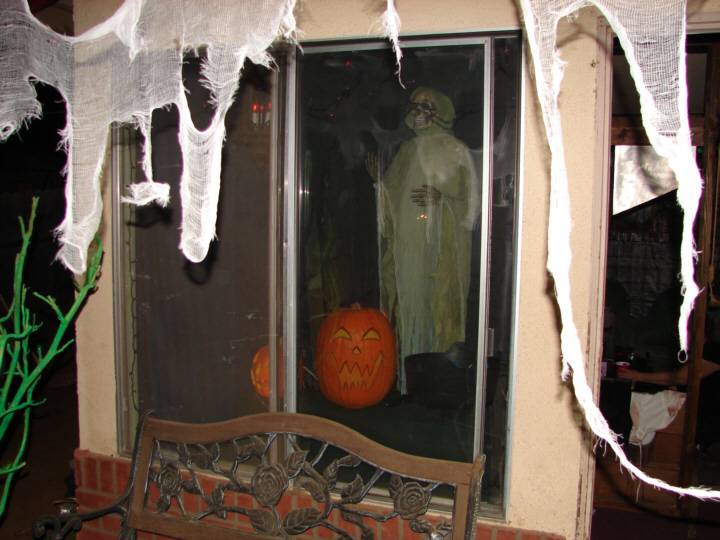 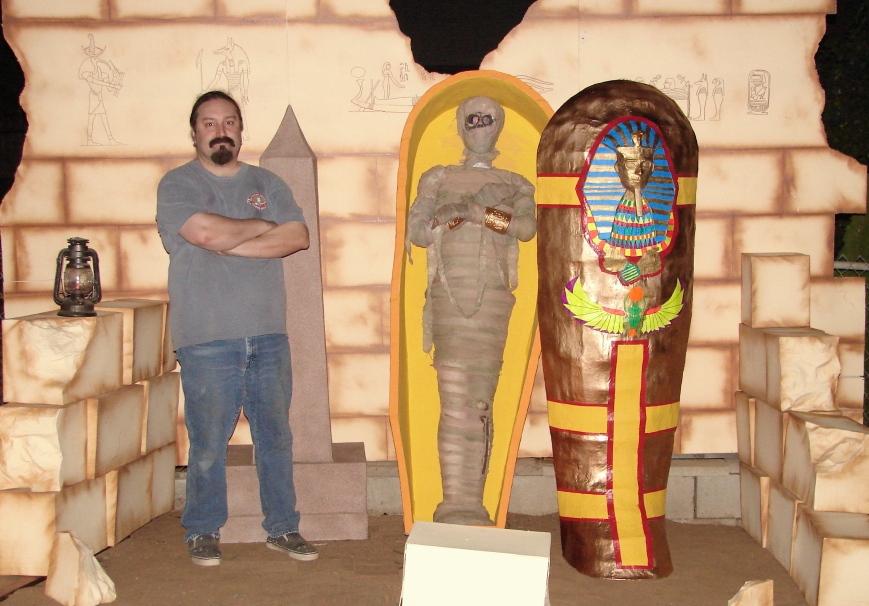 Yours truly in my incompletely dressed mummy’s tomb

Perhaps later I’ll post some pics of some of my other smaller creations.